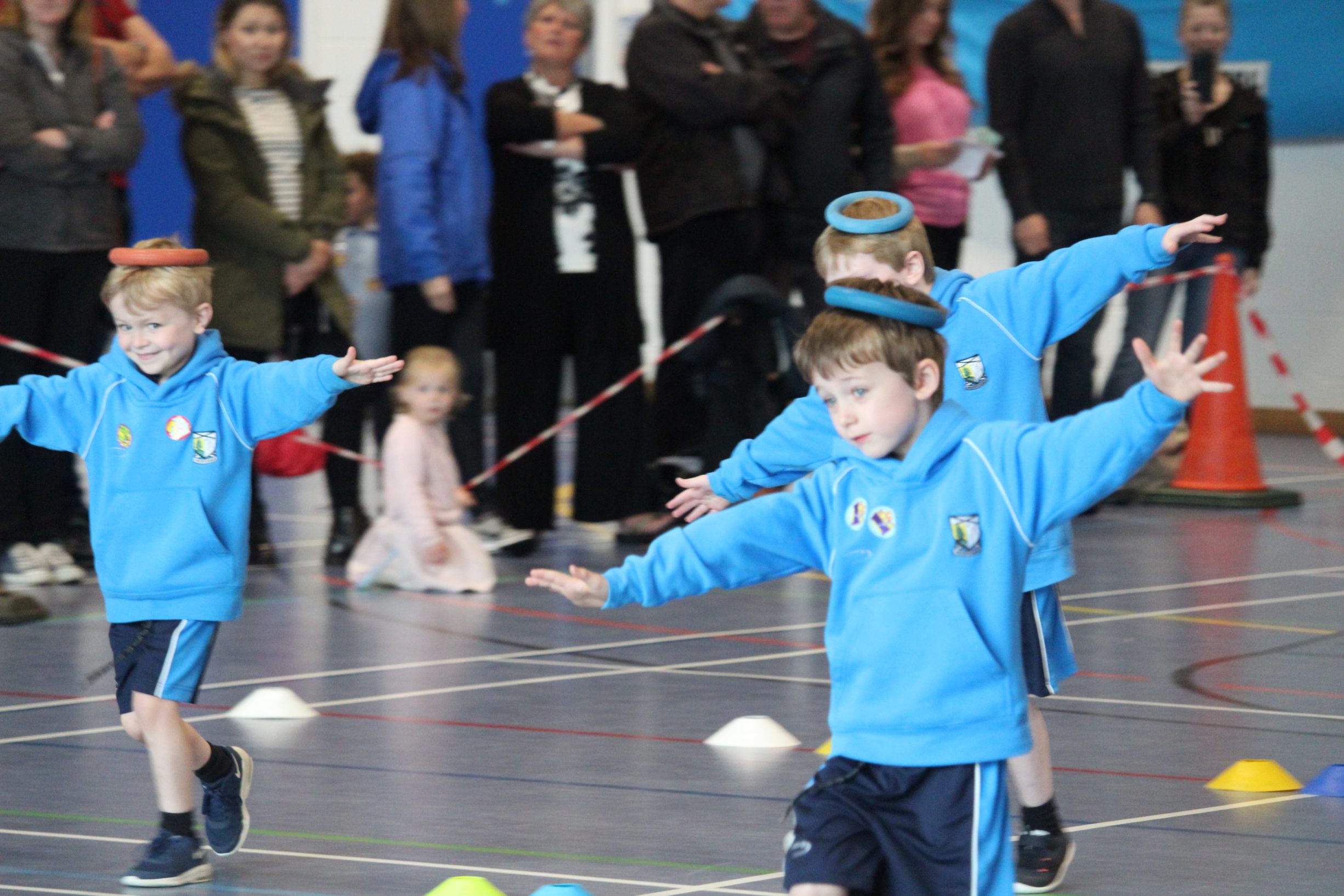 Last Friday saw our Junior School pupils put through their paces at their annual Primary Sports Day. While Transitus 1 and 2 braved the rain for their track and filed events, the Nursery and Junior School competed inside in the main Sports Hall.

With the High Jump taking part the previous day to free up space in the hall for the Nursery and Junior School events all the Transitus pupils were encouraged to try their very hardest to achieve a new ‘personal best’ performance in the different running (400m or 800m, 200m & 60m), throwing (shot Putt) and jumping (Long Jump) events throughout the day. Points were awarded for every event and these points went towards the respective Individual Championships, as well as counting towards the overall House Championship.

Meanwhile in the T2 Girls Competition, Romy T. (Bergius) was first with 36 points beating Mathilde M. (Colquhoun) and Marianne R. (Bergius) who were joint second with 19 points each.  In the T2 Boys, Archie F. (Colquhoun) won the Individual Championship with 27 points, a close second place went to Isaac M. (Bergius) with 26 points and third place was awarded to Oscar J. (Graham) with 18 points.

As is tradition the House 4 x 100m relays brought the event to a close with Bergius taking the honours this year beating Colquhoun into second and Graham into third.

Overall, a very successful event with the pupils, staff, helpers and supporters all able to enjoy the performances of the pupils on the day despite the unfavourable weather.  A big thank you to all staff and senior pupils who helped on the day and also to Mrs Kershaw-Yates and the PTA for organising the refreshments and BBQ and of course the Bake-Off, won this year by Hannah and Holly A.