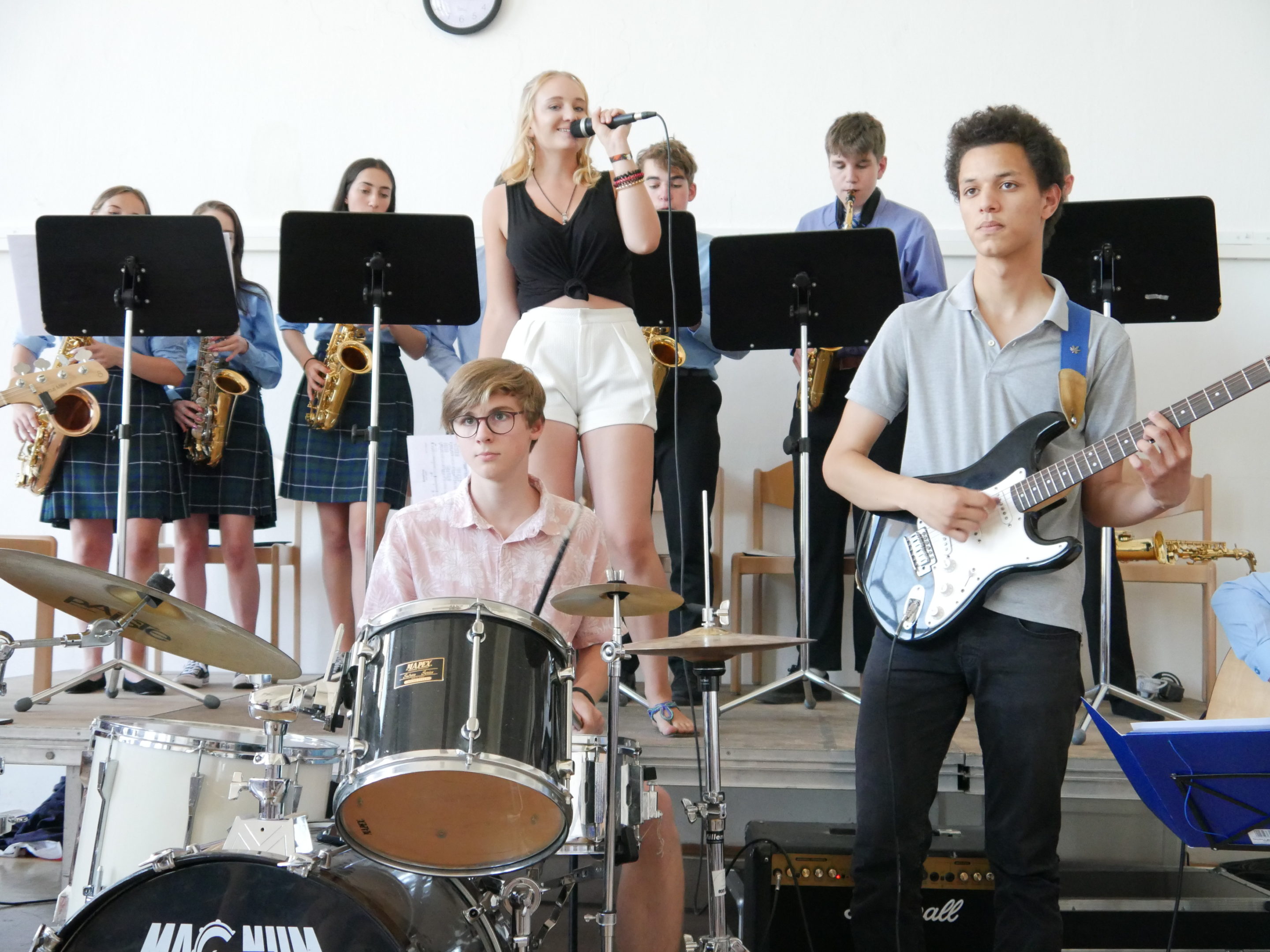 A group of Lomond School music pupils travelled to Leipzig during the summer break to take part in a fantastic experience, embracing the School philosophy and values.

Focused on internationalism, leadership and adventure, the trip was organised to strengthen the bond with our German partner, Evangelisches Schulzentrum Leipzig, whilst also giving the young musicians the opportunity to perform outside their comfort zone and create new music with their friends in Germany.

A boat trip was the easy part of day one before a gruelling 3-hour rehearsal for the music concert took place in the afternoon. As well as going over their own pieces Lomond School pupils and teachers also worked together with the Leipzig musicians to produce two Stevie Wonder funk-style songs. The reward for this labour was the rest of the weekend free with their hosts. Some of our pupils were taken to a local theme park, others simply met for lunch together and then explored the city. Full of musical history from Bach, Mendelssohn and Wagner and also full of pavement cafes and ice cream shops, there was much to like! Meanwhile the staff were given a tour of Colditz Castle.

Monday brought the most active day of the trip with an 8am rehearsal in the school before a 90-minute concert to an audience of appreciative Senior 4 pupils. All our musicians performed well and Leipzig pupils, including former Lomond School boarder, Sara Mattheis, also played four jazz pieces themselves. The concert finished with the two fabulous Funk pieces which all the musicians played together. After a short break the Lomond School group then put on a workshop on Scottish music to the Senior 2 Leipzig pupils before a fantastic Eva Schulze ceilidh took place. Despite the stifling heat on the third floor of the building, the dancing was enthusiastic, and the musicians did an excellent job along with Mr Minnis who called the dances.

A final afternoon in the city was devoted to shopping and ice cream (again) before the group all met in the evening to go to a big band concert featuring one of our Leipzig hosts on saxophone.

Head of Music at Lomond School, Doug Fleming said:  “Our German pupil and staff hosts looked after us really well, ensuring we were always very well fed and watered which was important given the heatwave into the 30s that Leipzig was experiencing. For most of our group the highlight was clearly the school concert, closely followed by the good weather. The Lomond pupils really appreciated the chance to spend time with their hosts and getting to know the city. They also enjoyed teaching the Germans some Scottish catch phrases. Es tut mir leid!”

Lomond School would like to thank Mr Fleming, Mr Minnis and Mrs McKillop, who accompanied the group, for taking time out of their school holidays and putting such passion and effort into the planning and co-ordination of the trip.