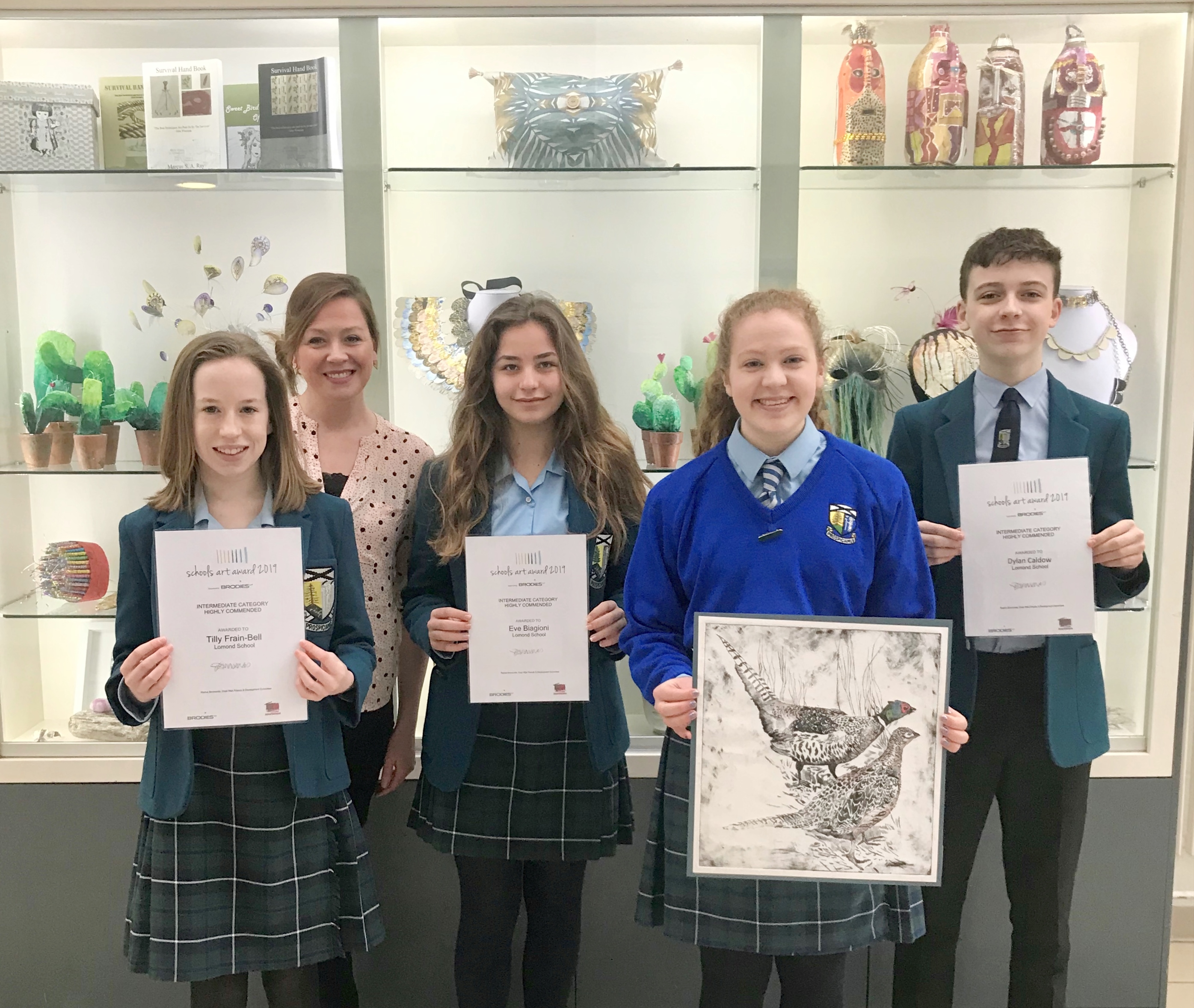 Four of Lomond School’s young artists have gained prestigious art accolades this month as they received news of their success both in the Caledonian Clubs School Art Competition and the Royal Scottish Academy Schools Art Award.

Three Senior 3 pupils- Tilly F-B, Eve B and Dylan C gained Highly Commended awards in the Intermediate category of the Royal Scottish Academy School Art Award and visited the RSA Academicians’ Gallery to see their work exhibited alongside other winning entries from schools across the country.  Organised by the RSA Friends, the schools Art Award is a competition open to all secondary schools in Scotland which aims to encourage creativity and showcase emerging talent. It has been running since 1986 and is considered by teachers to be one of the most prestigious awards open to pupils. The emphasis of the award is on skills of technique, observation and interpretation. In particular, the judges award prizes for work which displays creativity and originality.

Tilly, who entered with a detailed etching of a bird cage, said: “I did not expect at all to be picked and it was a very nice surprise. I feel very proud to have my etching exhibited in the Royal Scottish Academy, especially because there were so few etchings there.”

Head of Art, Deborah Aitken said: “We’re incredibly proud of the success our pupils have achieved in these prestigious competitions. Visiting the exhibitions is also a fantastic opportunity to see the breadth of talent from across Scotland at such public venues.”