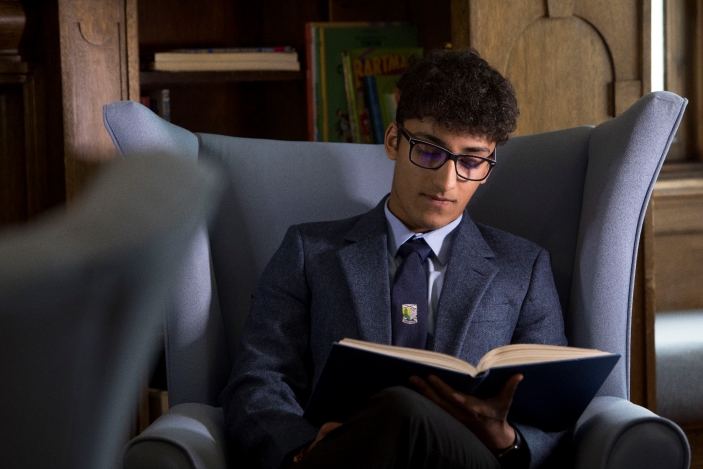 As Lomond School embarks on its 40th anniversary year the school is delighted to be celebrating its best academic results on record. Our Higher results were especially impressive with two thirds of pupils attaining five or more Highers at first sitting.

Remarkably, a quarter of pupils achieved all of their five Highers at A grade, with 78% at grade A or B – an 11% increase on last year. High flying students from the local Helensburgh, Alexandria, Balloch and Cardross areas were amongst those celebrating outstanding results. Dux of the School and next year’s Vice Captain, Mark Sullivan from Cardross, gained five A grades at Higher in S5. Oban boarding pupil Orla Sedgwick also achieved five Higher A grades. International boarding students Logan Ralston and Dorde Radenkovic, from the USA and Serbia respectively, also achieved 5 A’s at Higher Grade in S5. In total 21 young people in Senior 5 will receive a Gold Academic Award from the school for achieving four or more A’s at Higher in one sitting.

Success continued at National 5 level too, with almost a quarter of S4 pupils achieving all eight National 5 Awards at A Grade, and two pupils – Emma Dunn of Cardross and Helensburgh’s Sorcha Hicks – gaining a remarkable nine National 5 grades all at A. Angus Guy from Gartocharn, Callum Bell from Killearn and Cara Malcolm from Dumbarton were amongst those young people to be awarded a Silver Academic Award for their performance at National 5 level this year. Collectively, twenty-five S4 pupils will be awarded their Silver Academic Awards for achieving six or more National 5 A grades.

Once again I am absolutely thrilled at the success of Lomond’s pupils in their SQA exams. It is testament to their hard work and determination over a sustained period of time. Equally, the efforts of our hard working and dedicated teaching staff deserve to be recognised. Staff go the ‘the extra mile’ in providing lunchtime, after school, and in the case of boarders, evening academic support for pupils, and their hard work has paid off. We are all proud of the young people we have helped to prepare for their futures as they set off for university this year with not only a solid academic foundation but also as confident and positive members of society. This is a wonderful way to begin our 40th anniversary celebrations.