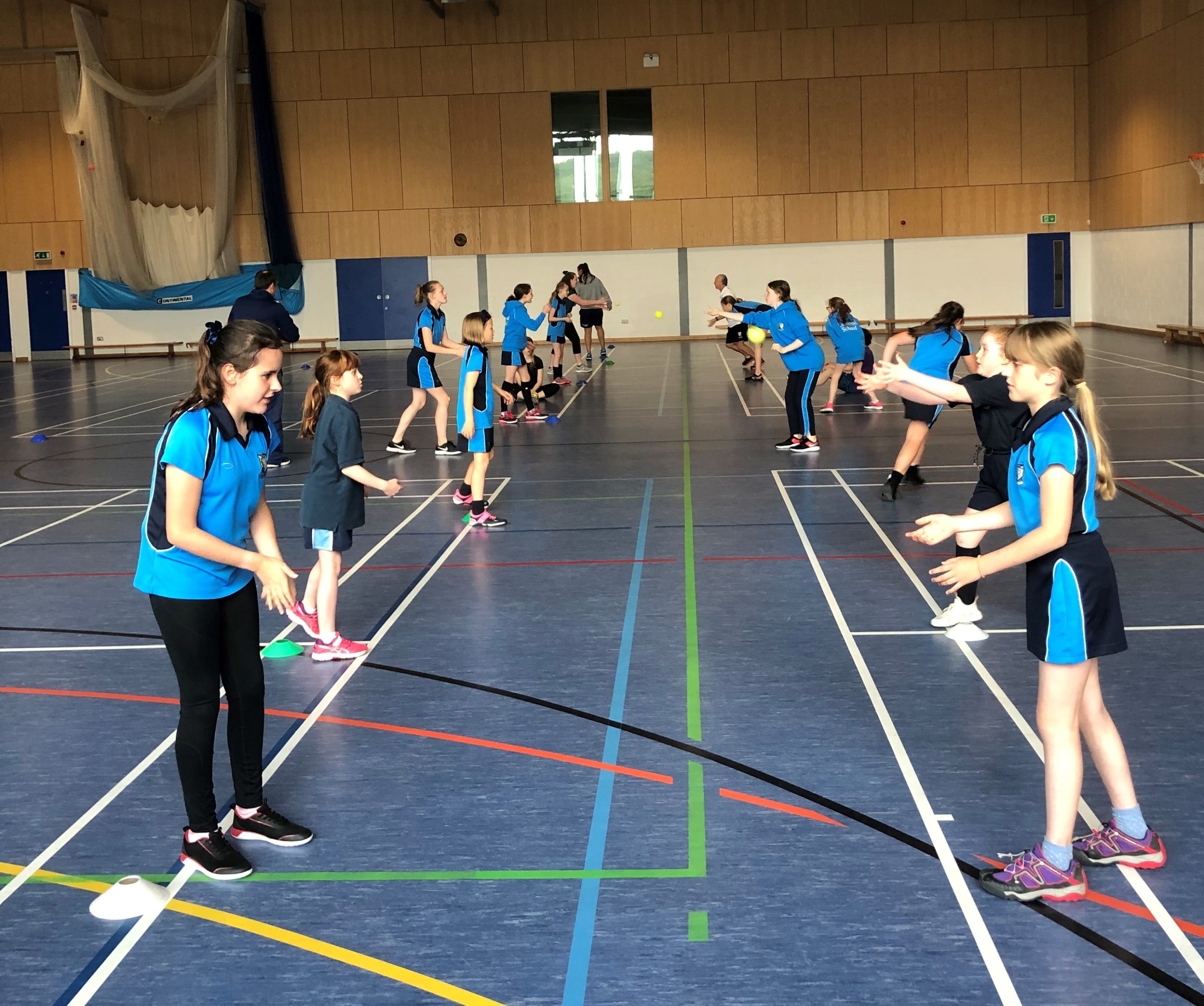 Hard on the heels on an exciting summer of World Cup and Ashes cricket girls at Lomond School have been enjoying the opportunity to take part in taster sessions organised by Depute Head Mr Minnis and school cricket coach Paul Davies.

Over 3 Fridays in September over 20 girls from Primary 5- Senior 5 took part in different sessions which introduced them to the different component skills of the game as well as lots of fun variations on the actual sport.

At two of the sessions, Development Officers Tim Hart and Rosy Ryan from Cricket Scotland attended and in the last session Rosy introduced the girls to CricHITT. The new high intensity interval training system took over a year to perfect and is now being used in many clubs throughout the country to encourage girls and women to engage with cricket to keep fit, socialise and develop new skills.

Rosy, who was named the 2018 Role Model of the Year at the Scottish Women in Sports Awards was thrilled by the turnout of girls and their enthusiasm for the sport. She has promised to keep in touch with Lomond and look to get all the girls involved in the sport throughout the winter and into next summer.

Mr Minnis said, ‘It’s been a long term ambition of mine to get more girls involved in cricket and I’ve been delighted with these sessions. They’ve been a lot of fun and I hope to see the girls now coming along to our winter practices starting after the October holiday. I’m also hoping to work closely with our partners at Helensburgh Cricket Club to further develop links with the club and get as many young people as we can playing cricket all year round and using the indoor facilities at the Lomond Sports Hall.’