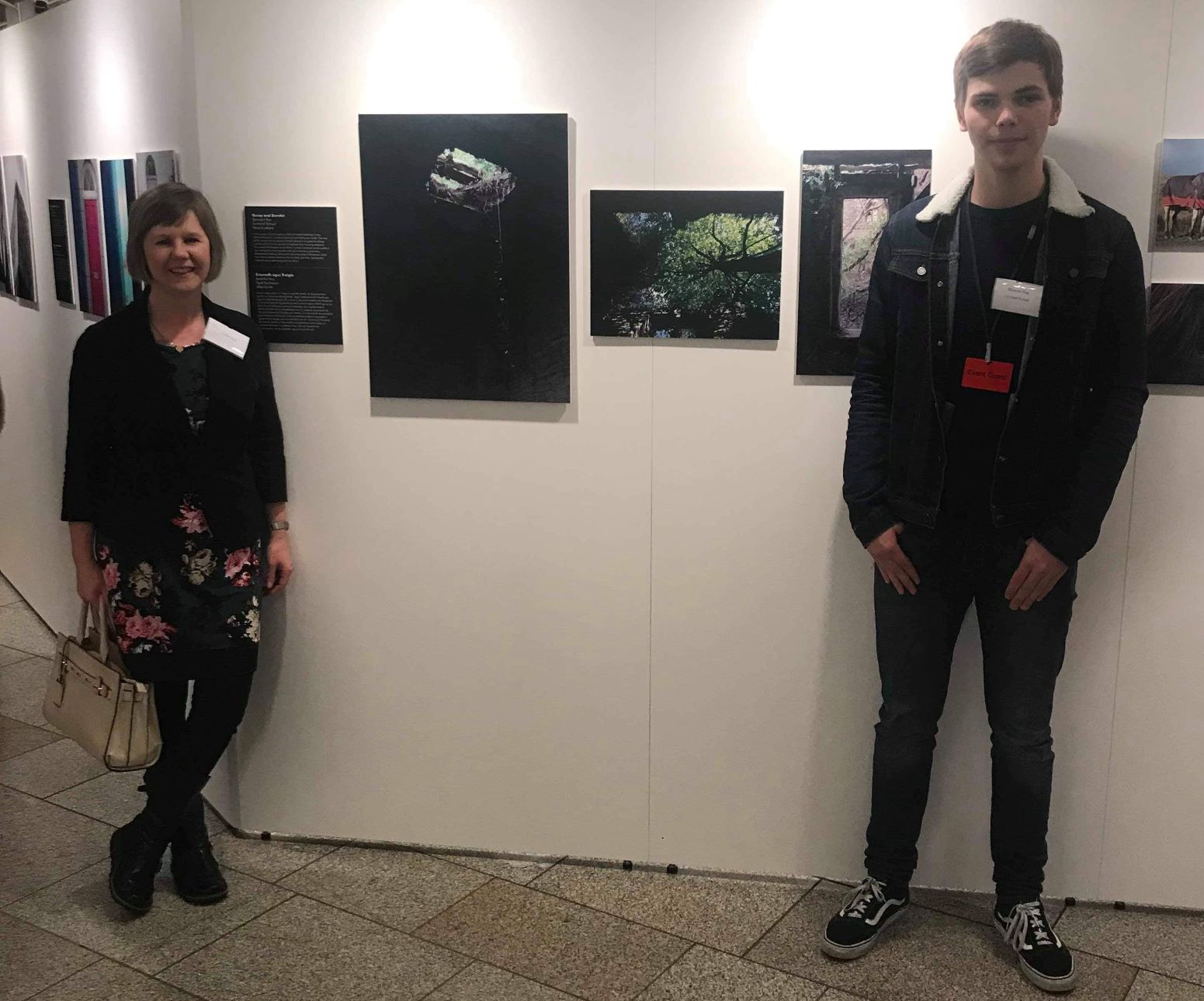 The art department is celebrating the success of one of their former pupils this week as Benedict Ray, who completed his studies at Lomond in June this year, saw his work exhibited in the prestigious Higher Visions Exhibition at the Scottish Parliament.

While studying Higher Photography at Lomond, Benedict used the idea of abandoned spaces as inspiration for his project, producing some stunning pieces of photography. His evocative work was chosen to be included in the esteemed Higher Visions exhibition at the Scottish Parliament which showcases the best Higher Photography work in Scotland. Benedict’s photographs will also in the upcoming publication ‘Studies in Photography’.

Lomond School Art teacher, Mrs Lynne Jack, accompanied Benedict to the exhibition this week:
“It was lovely to see Benedict at the exhibition and get the opportunity to congratulate him. His work was chosen from around 2,000 entries and so it is a fantastic achievement for Benedict and a very proud moment for the School.”

Talking about his Higher Photography work, Benedict, who is now studying Mechanical and Electrical Engineering at University of Aberdeen said:
‘In this project, I took numerous shots of derelict buildings at two different locations, Cardross Seminary and Buchanan Castle. The aim of this project was to expose a hidden beauty in forgotten buildings and document it in an attempt to highlight their haunting elegance. I believe that every one of my final 12 photos demonstrates this. The photos that feature areas of the Cardross Seminary create isolation and atmosphere that empathize the connotations surrounding abandoned buildings while shots including areas of Buchanan Castle form strong relations between the building and time, showing the extent of decay and overgrowth by nature.’

The Higher Visions Photography exhibition at the Scottish Parliament in Edinburgh is on until 7 February 2019.