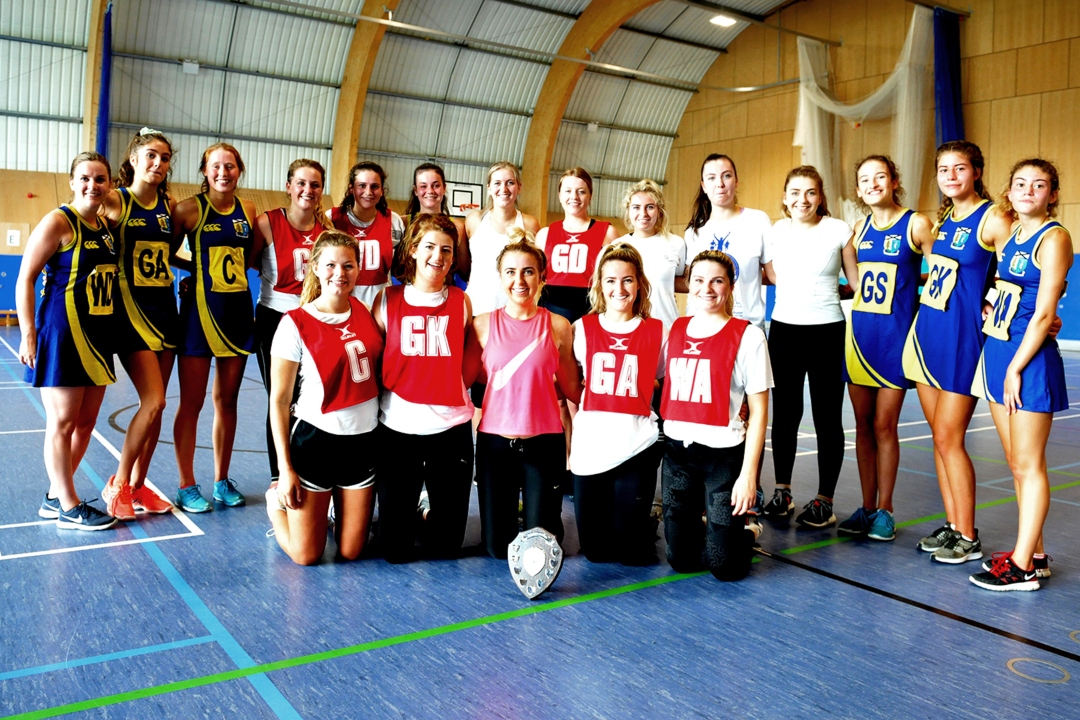 Saturday 17th August saw several hundred Lomond School Former Pupils return to Ardencaple to take part in the Annual FP’s Sports weekend. The series of events allows FP’s to stay connected with the school and the town and it was clear that many now regard the event as a key date in their diaries.

The day began with Football matches with Over and Under 21 teams taking part in a triangular tournament with a school side. The Over 21’s captained by Aidan Walker were comfortable winners defeating both the school and the Under 21’s who were captained by Kieran Hartley. The scratch school side put up a good performance against the Under 21’s but were well beaten by the Overs.

Simultaneously a Netball tournament was taking place in the Sports Hall where an FP side captained by Mackenzie Serpell played an exciting match against the school. Again the FP’s were comfortable winners as the school were depleted due to DofE commitments. The match was great fun and this aspect of the weekend has seen numbers increase year on year since its inception three years ago.

There were also record numbers of FP’s wanting to play in the hockey match. So much so that Captain Wallis Jamieson had enough players to field two full teams and still have substitutes. Again the FP’s ran out winners as Wallis rotated all the players at her disposal.

A new departure for the day was the introduction of a touch rugby tournament – the brainchild of PE Teacher Mr Dunlop. With the FP rugby match now taking place in December it was felt that this was a good way of encouraging people to stay around for the afternoon. Alongside the tournament there was a bar and BBQ to sustain the hungry and thirsty players. Six teams of all age groups and mixing male and female players, took part in two sets of pools before the final was won by ‘U Can’t Touch This’ captained by Calum Pender.

“The day was great fun and saw huge enthusiasm from all taking part. Having been part of the weekend for over 20 years now it was great to see a significant increase in numbers attending this year which I expect is a result of all the celebrations which took place to celebrate our 40th anniversary. We are very keen to keep this momentum going and would like to encourage all former pupils, parents and staff to join the Lomond School Association Facebook group to keep up to date with opportunities to stay in touch with the school. Our next two events are the Coates Memorial Cricket Match against Helensburgh CC on Friday 30th August and the annual rugby match against Helensburgh RFC on 21st December (tbc). We’d love to see as many FP’s and friends of the school at these events as possible and look forward to more events throughout the year.”