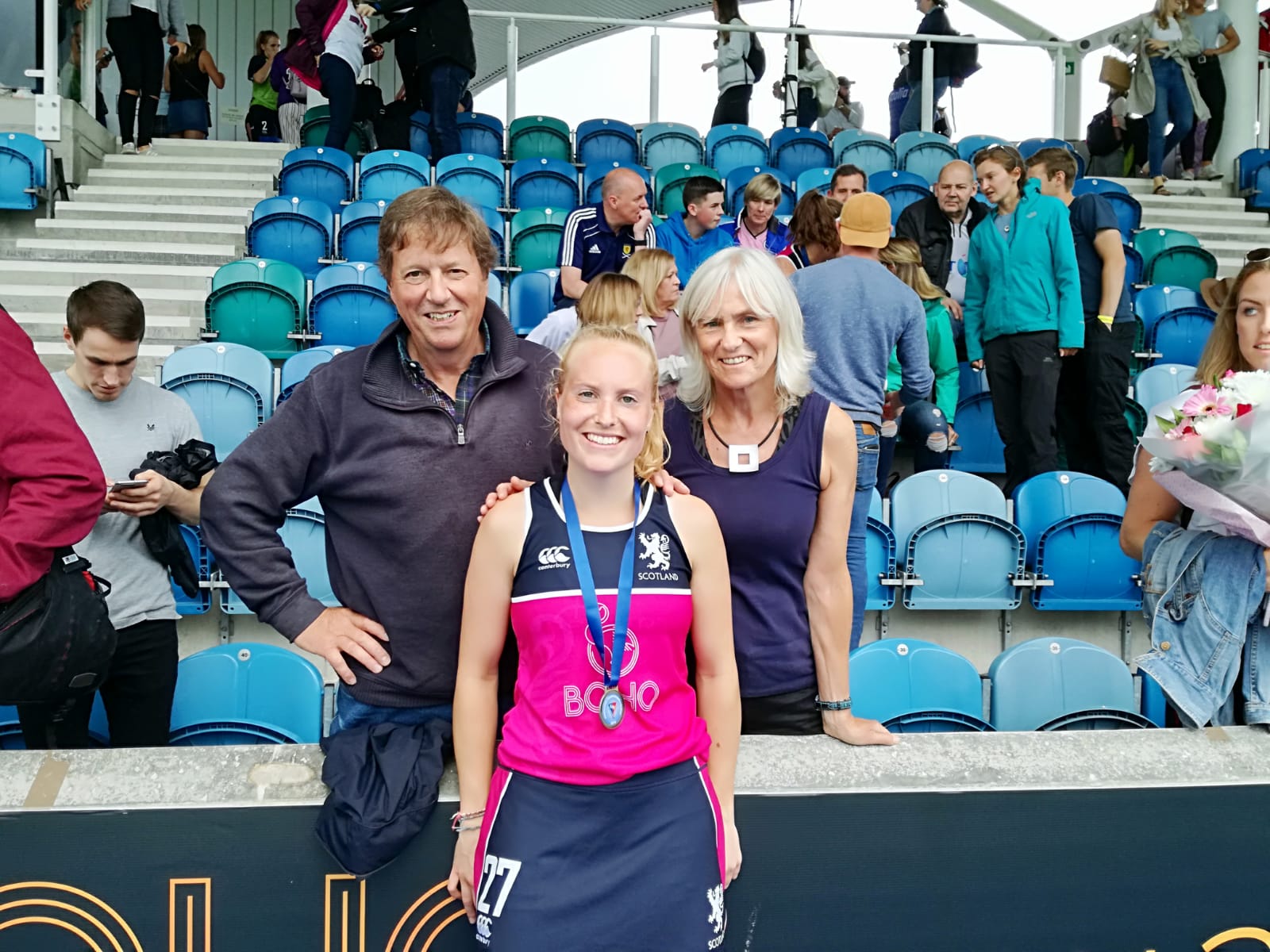 Having performed well in the early stages of the tournament (7-0 win over Ukraine, 3-2 win over Czech Republic and a 3-0 victory against Austria) Scotland found themselves in the Semi Finals where a win against Poland saw them face Italy in the Final.

Buoyed by a vocal home crowd, the Tartan Hearts won 2- 1 to take Gold.

Following the medal ceremony, Fiona commented on their win: ‘We are all absolutely delighted to come away with the win.  We came into the tournament with two clear aims – to get promoted and to win gold.  It is an incredible feeling to walk away having achieved both of these aims, especially in front of an amazing home crowd.  The support we’ve received throughout the tournament from every single person who braved the weather to cheer us on, sent us good luck messages and watched us online has been fantastic.  We played some really exciting hockey throughout the week and now we’re all just looking forward to seeing how we can build from this’.

Fiona now plays her hockey for Wimbledon Hockey Club and gained her first Scottish cap in Germany in October 2014. Her proud parents were able to watch her play and receive her gold medal in Glasgow.