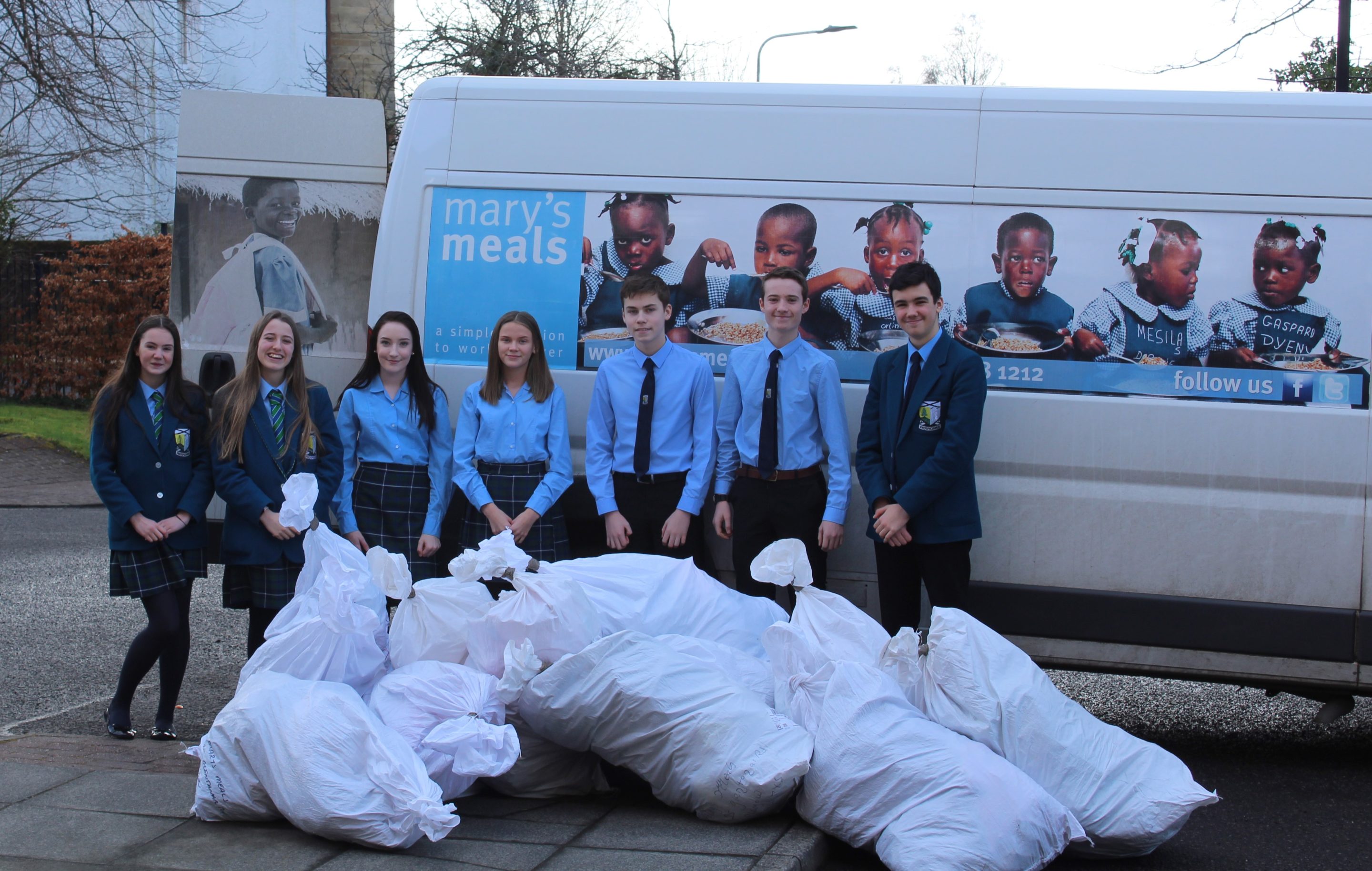 For the third consecutive year, Lomond School’s S3 Business Management class have coordinated the school’s Mary’s Meals Backpack Campaign, in association with their studies on the Third Sector.

S3 business managers have run the project from its launch to the collection of the completed backpacks. They have presented at assembly, run an advertising campaign within the school creating awareness, conducted weekly collections from form classes, as well as organising two fundraising events at Debenhams.

Karen Ferguson, teacher in charge of Business and Economics commented: “The Mary’s Meals backpack campaign is an excellent project to participate in as it takes time and commitment from the whole class.  The actual process lasts for a number of months and the pupils feel a great sense of achievement by the end. It really is about children helping children, and charity work is something we do a great deal of at Lomond. I am very proud of the pupils.”

With the assistance of S6 Academic Mentors, and the generosity of the school as a whole, the team were able to hand over 100 completed backpacks to Mary’s Meals for distribution to children who so desperately need to be able to attend school and escape the cycle of poverty they are in. They were also delighted to receive a donation from a member of the local community who had read about the project on the school Facebook page.

Mary’s Meals is a Scottish based charity formed by two brothers from Argyll, Magnus and Fergus MacFarlane-Barrow, and its aim is to ensure that every child receives one daily meal in their place of education. Today, the charity is feeding 1,230,171 of the world’s poorest children every day they attend school. Mary Meals have numerous campaigns include World Porridge Day, Sponsor a School and the Backpack Campaign.

Sophie Reid who participated in the project said: “The story behind Mary’s Meals really touched me and I was very keen to get involved. I enjoyed fundraising and packing the bags and it put a big smile on my face knowing they were going to such an amazing cause. It has been great to have the opportunity to turn our learning in class towards something like this which can have such a direct impact on someone else’s life”.

Her classmate Marsali Hogg had this to add: “It’s been one of the most rewarding things I have ever had the chance to do. It’s incredible to know that we can make even a small difference to other children. It has been really hard work organising the fundraising and making the money raised go as far as possible, but it was great to put what we were learning in class into practice.  I have really enjoyed participating and knowing that it can help is so special.