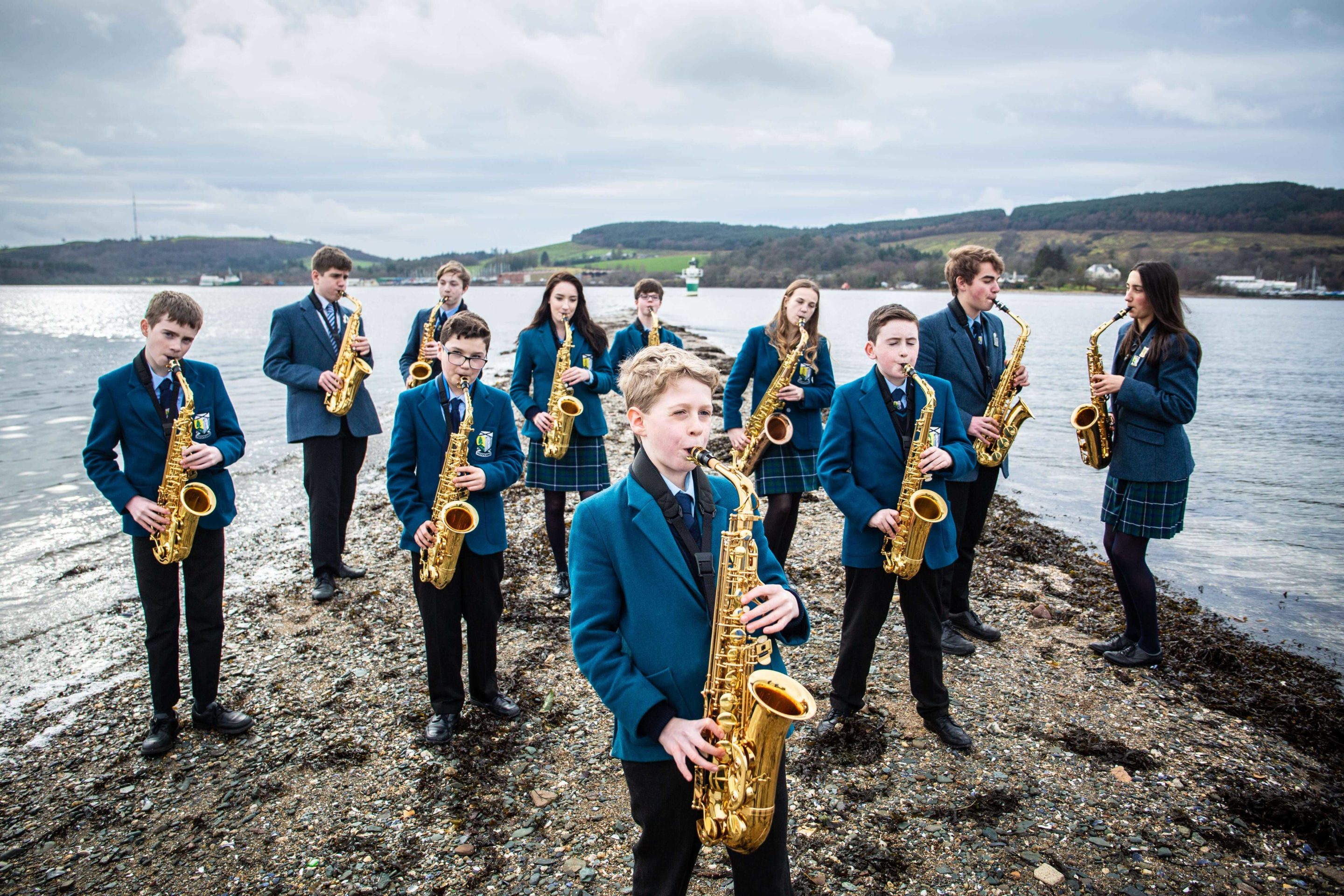 After only five years at Lomond School, Head of Music Doug Fleming has quadrupled the number of upper school pupils taking the subject, with a clean sweep of A passes for all SQA exams in two consecutive years in 2017 and 18 – a record for the school.

The school has also seen its saxophone offering hit the right note growing from a solo performance of one, to a group of 12 that has allowed the department to form both a sax ensemble and a separate jazz ensemble, largely supported by the work of Yla Garvie, the school’s saxophone tutor. Now, as the sax collective continues to grow, Mr Fleming is hoping to replicate the same advance for the department’s clarinet players.

In addition, both cello tuition and the orchestra have trebled in size within the last five years, with an increase from two to seven pupils now taking up cello and an orchestra made up of over 30 pupils, from a group of less than 10 when Mr Fleming joined the school.

This year’s senior SQA cohort offering is a record for the school with five Advanced Higher and nine Higher pupils set to take on their exams later this year compared with one pupil at each level when Doug took over the department.

The younger pupils have also engaged with the subject, with 73% of all pupils from junior three through to transitus two (primary seven) taking up at least one instrument, with some playing more than one.

Mr Fleming said: “Getting pupils started with a musical instrument from a young age is extremely beneficial to the child. Not only will they be developing the skills in that instrument with its own intrinsic rewards, but many studies have shown that exposure to music can accelerate academic development including improved numeracy, reading and speech skills, as well as concentration levels and, of course, self-confidence.”

In addition to strong SQA results, many of the Lomond pupils learning an instrument have been extremely successful with very good ABRSM* results and have gone on to join exceptional groups out-with the school.

17-year-old Emily Shaw, who has Grade 8 distinction for clarinet, auditioned for the National Youth Orchestra of Scotland (NYOS) however rather than gaining a place in its Senior group, she went on to be offered a spot in the NYOS Symphony against musicians at Conservatoire level.

Emily’s father Mr Shaw said: “Lomond School has created an environment which has encouraged and supported Emily’s musical talent. Doug Fleming and the music department have been brilliant in ensuring she is confident in her studies, and in terms of delivering enjoyable, engaging lessons.

Amongst other success stories are 16-year-old Ryan Cosgrove-Clark who is working towards grade 8 piano. He took up the saxophone last August before achieving grade 4 distinction after just four months. 16-year-old Dylan Krezdorn has joined the NYOS Jazz programme and 14-year-old Lily Garthwaite (with grade 8 distinction in violin) has gained a place at the International Summer School at Wells Cathedral School.

Mr Fleming went on to say: “We’re always looking to get more pupils engaged with music and as more of the younger years begin to take up instruments, we’re seeing real success as they reach senior school and go on to achieve great things both in and out of the school environment.”

As well as continuing to grow the saxophone and cello contingents and working on achieving the same success with the clarinet, Mr Fleming has been instrumental in supporting Lomond musicians in taking up a wide and varied range of orchestral, pop and traditional instruments from the clarsach to the French horn and even the accordion.

Find out more about our music scholarships here.