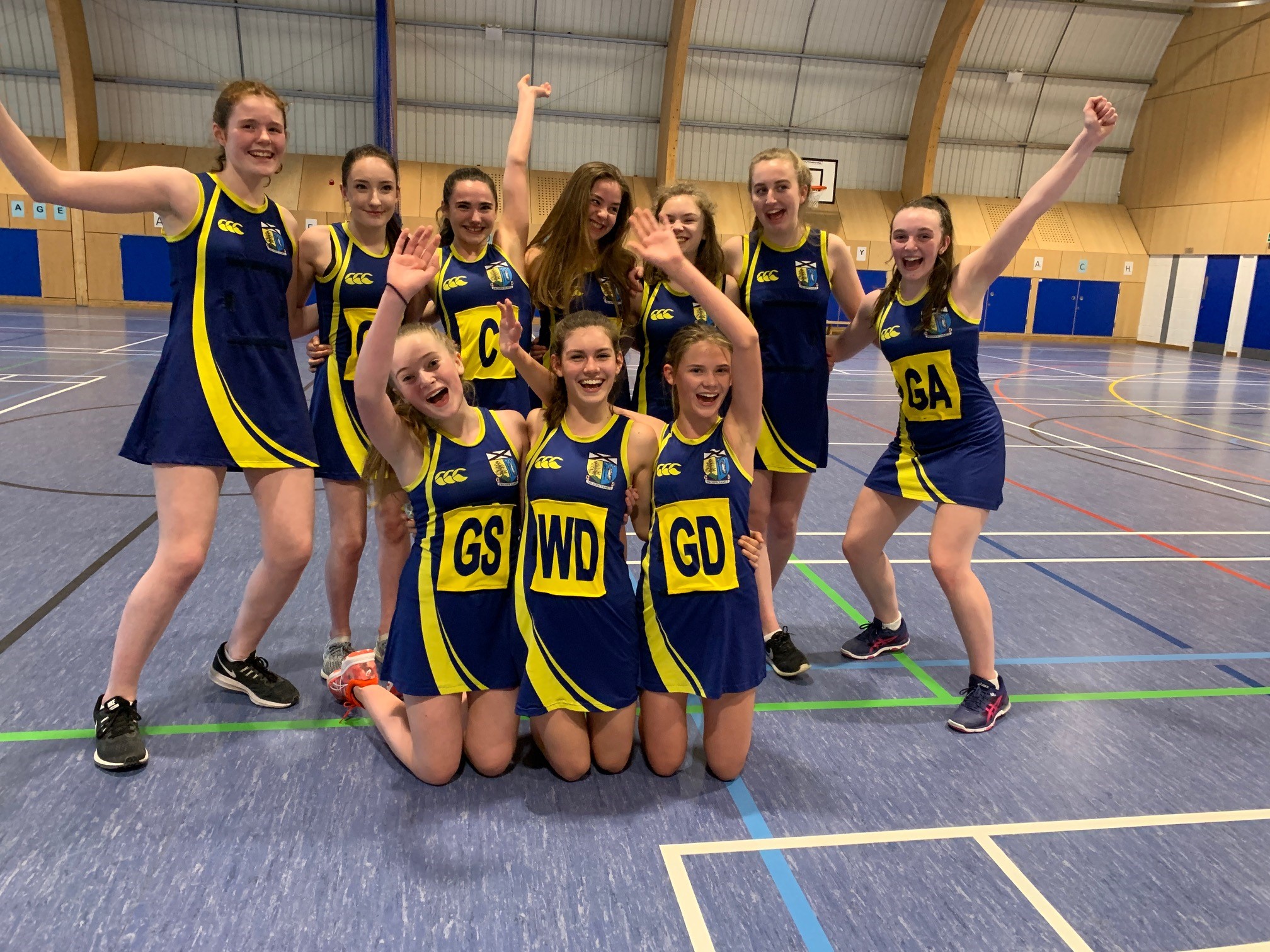 Congratulations are in order to the S3 team for reaching the Finals of the Scottish Schools Cup, in the silver category, after winning 35-25 against Balerno School.

The match started off fast paced with the team focused and zig-zagging the ball up the court giving Lomond an early lead with Nicola scoring many of the points. Our attacking trio Lucy, Emily and Nicola set the pace for the match demonstrating their impressive netball skills and athleticism, putting on a strong performance. The wings and defence worked well to put pressure on the Balerno side making it challenging during free passes and winning the ball though interceptions.

The S3’s have matured as a team and developed in their performance and knowledge of the game. Miss Arthur has been really impressed with the their  commitment to this competition and the improvements they have made to deservedly win a place in the finals after putting on fantastic performances. We wish them luck for the finals taking place at Ravenscraig Regional Sports Facility, Motherwell on Thursday 21st March.