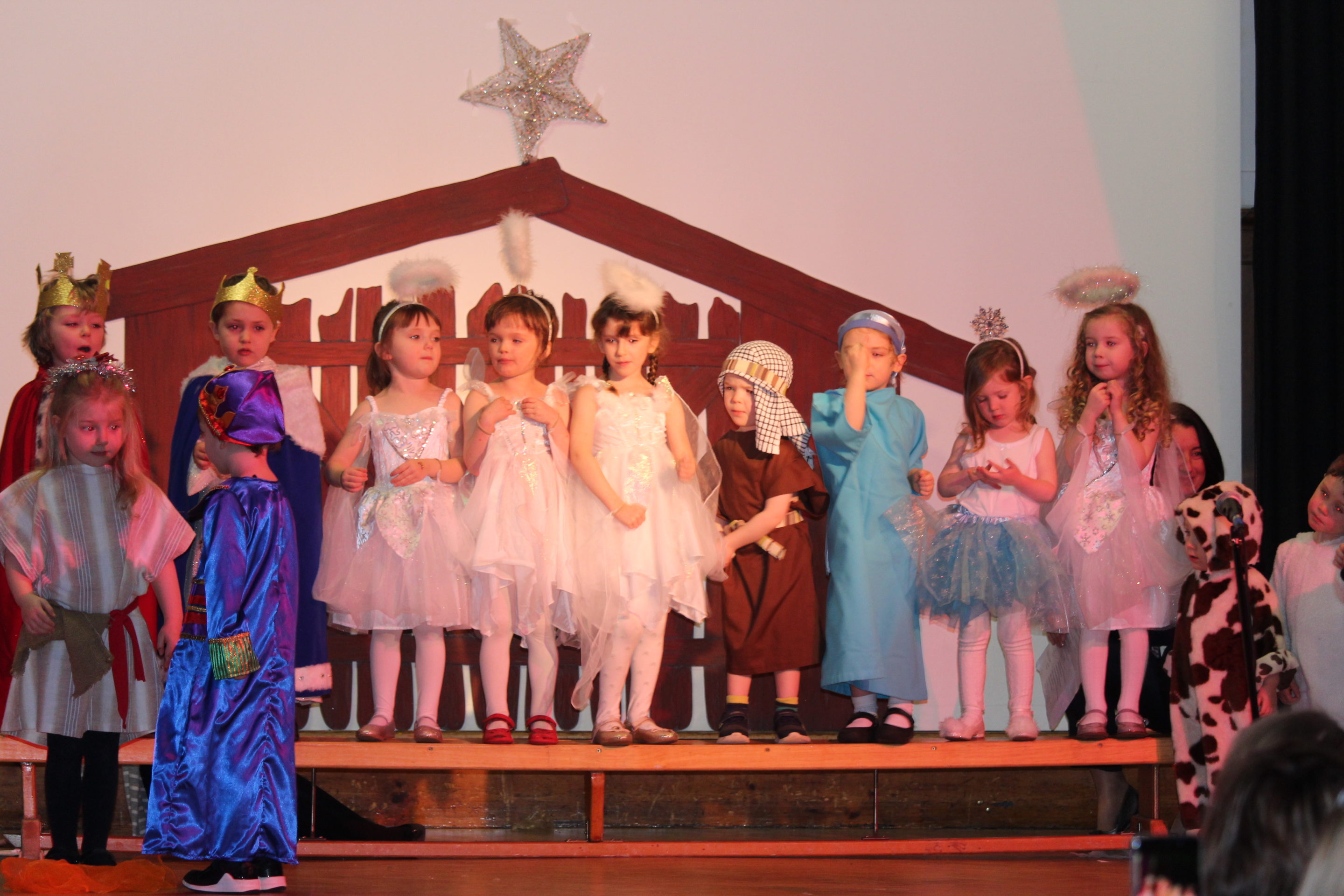 Lomond School Nursery kicked off the first of the school’s festive events last week with their annual Nativity.

The nursery children performed ‘The Bossy King’ Nativity story to a sold-out audience of parents, grandparents and other family members.  The story featured traditional kings, shepherds, angels and sheep, but also an extremely bossy king, who finally realized that Baby Jesus was the real king.

The talented cast had been rehearsing for many weeks and they were so excited to finally have a real audience.  The three and four year old performers did a wonderful job on the huge stage in Lomond School’s St Brides Hall and they looked sensational in their costumes.  Preschooler Sophie Louden’s solo performance ensured that there wasn’t a dry eye in the house.  The young performers were joined by a group of transitus children, who sang ‘Away in a Manger’, and were the perfect accompaniment for the occasion.  It’s fair to say that every single member of the audience left feeling very warm and Christmassy!