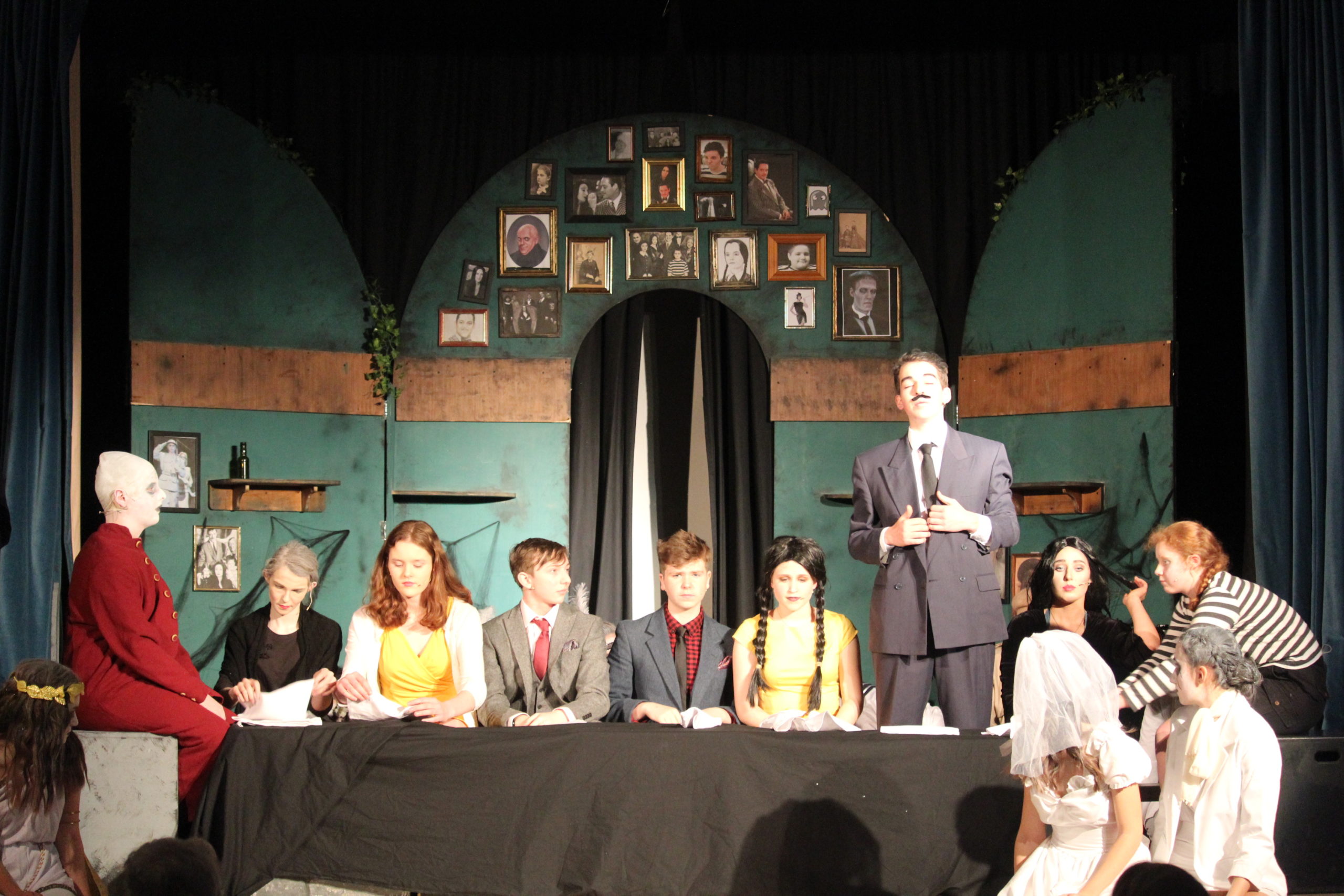 ‘They’re creepy and they’re kooky, mysterious and spooky…’ and they exploded onto the stage of St Bride’s hall in all of their gothic glory last week; the Addams Family!

Based on the characters of Charles Addams made famous on tv and movie screens, our musical tells the tale of what happens when crossbow wielding Wednesday Addams falls in love with a ‘normal’ boy. Doting dad Gomez is willing to keep her secret from his beloved wife Morticia, but in a family where there are no secrets (and as the song goes) full disclosure threatens to cause havoc. To make matters worse Wednesday has invited her boyfriend and his parents to their house for dinner. In one fateful evening secrets are revealed, relationships are tested, and the Addams family must face up to the one thing they dread the most – change.

As Wednesday, Ruby Cathro shone (darkly of course), yearning for her family to be normal for just one day. Too much to ask? With a brother like Pugsley (played with delightful deviousness by Aveline Twaddle and Caragh Hird) up to his usual antics, you can imagine what could go wrong. As Gomez, Matthew Lambert brought Latin fire and paternal pride. Sophie Morrison was a beautifully elegant Morticia- who will forget that tango? Assisting as the zombie butler and man of few words were the stoically silent Matthew Everest and Dylan Krezdorn. As our normal coupe Mal and Alice, Ryan Cosgrove Clark and Lucy MacLean each put in superb performances; unleashing their individual streaks of madness as the plot unfolded. Louis Page as Lucas stole the audience’s hearts as well as Wednesday’s. Grace Mortlock and Olivia Perry put the ‘gruesome’ into Grandma, and our chorus of dead ancestors rocked the afterlife night after night. Finally, where would any production of the Addams Family be without the lovable Fester? The fabulous Charlie Grover, really making the role his own.

Huge congratulations to cast and crew, Miss Gibbs and Mr Fleming, our band and everyone who helped bring The Addams Family to the stage. Another unforgettable, sell-out Lomond Production- which will set the bar for dinner parties everywhere! 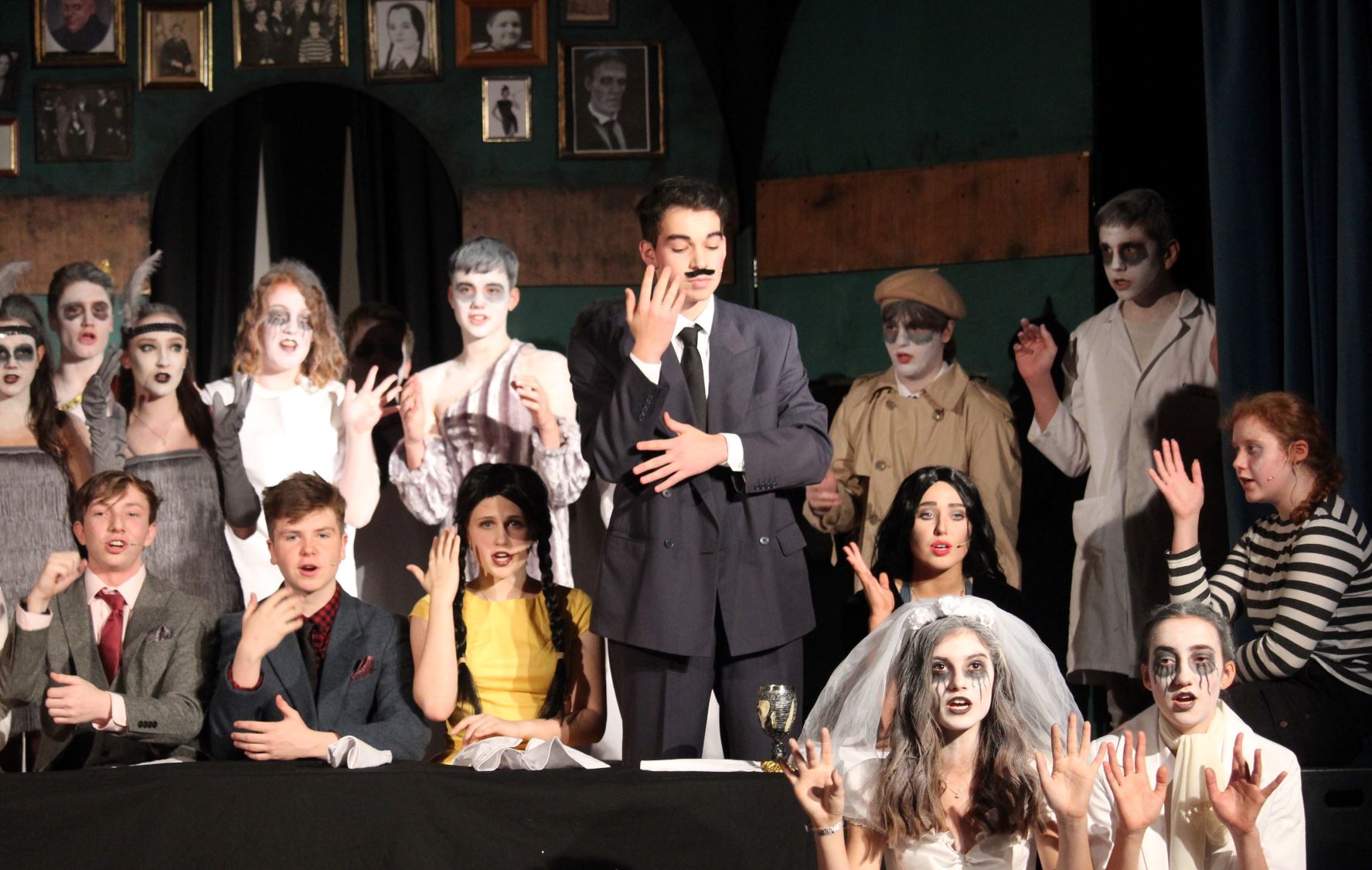