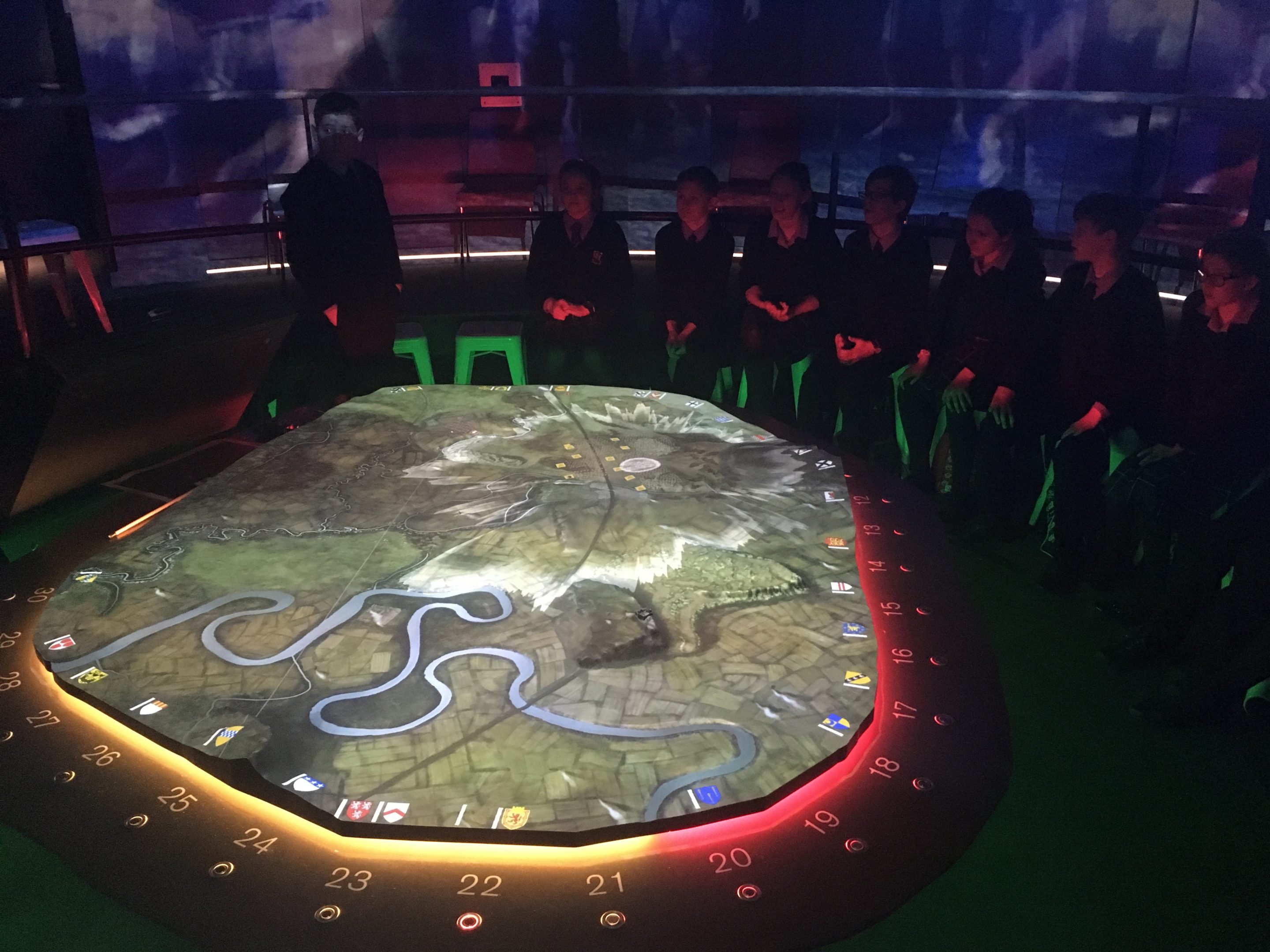 Forget what you know about Bannockburn! In 1314, the English Army massacred the Scottish Army and the Scottish King lay among the dead.

This is according to the T2’s who re-wrote history on their recent trip to the Bannockburn Experience. After being shown some of the weapons used on the day of the battle, and having time to learn about tactics and preparations on both sides, the T2’s prepared for their own battle; played out in a very sophisticated 3D, interactive battle game. Each pupil was given control of a small army and had to decide whether to attack or defend with each decision impacting on the outcome of the battle.

Being heavily outnumbered, as they were on the day, the odds were against the Scots to pull off a repeat of Bruce’s famous victory and despite getting off to a good start, they were outmanoeuvred by some clever English tactics.  A thoroughly good time was had by all, despite some fierce arguments and taunting in the heat of battle.