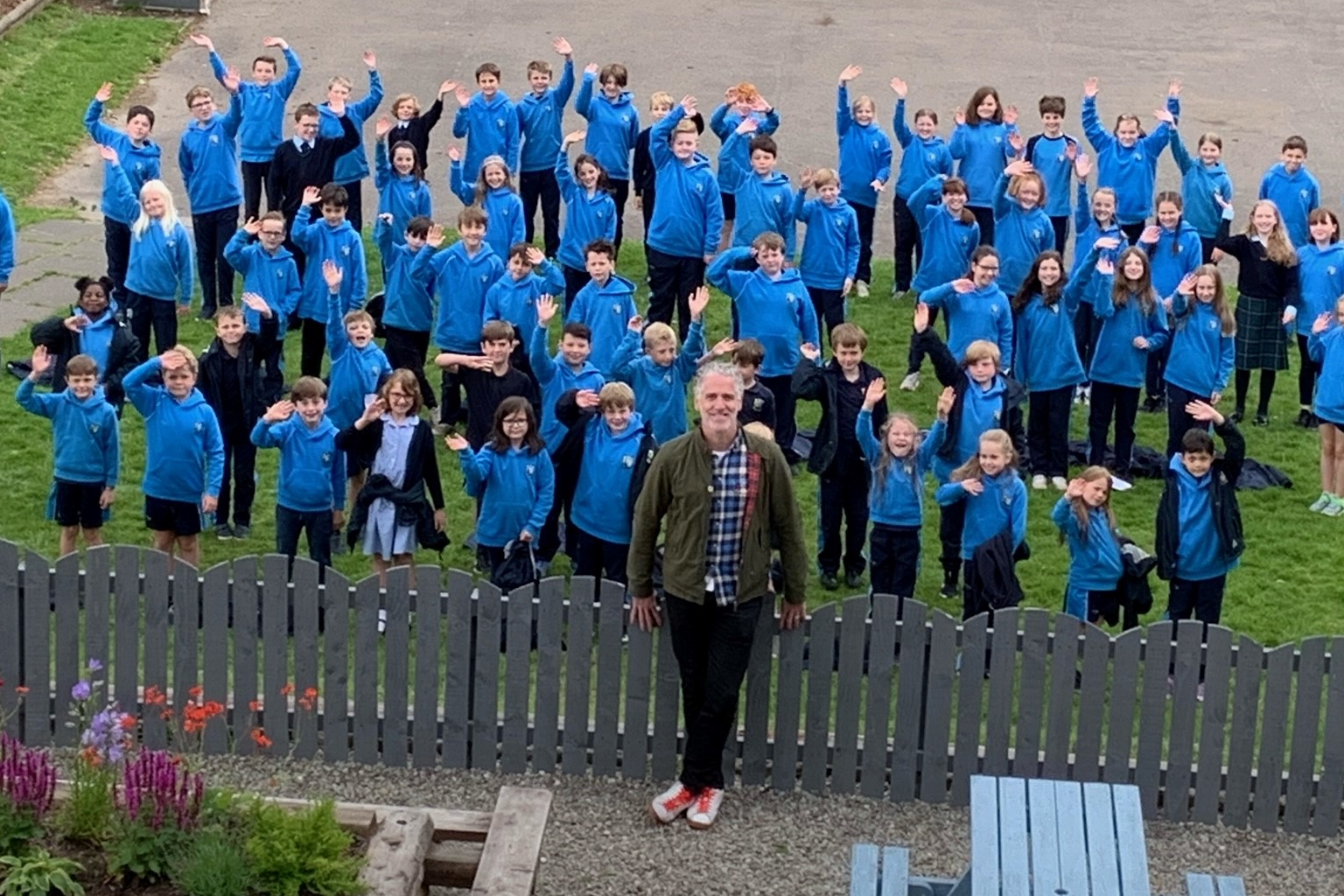 Famous for his work filming extraordinary wildlife documentaries, whilst also contributing to Planet Earth 2 and being a regular on BBC’s Springwatch programme, Gordon took time from his busy schedule to visit Lomond Junior School pupils in the garden at Clarendon. He spoke to the schools’ Clarendon Rangers – pupils and graduates of the pioneering programme set up for Lomond School’s Junior 1 and 2 pupils, sharing his passion for the environment. Gordon and the Clarendon Rangers soon found a mutual love for animals alongside a passion to take care of the environment whilst having many and varied outdoor adventures!

In preparation for his visit, each class from Junior 1 to Transitus 2 studied some of Gordon’s most famous pieces of work, including a very close encounter with a pack of wolves (his favourite animal!) and some heart-stopping filming of polar bears on a fjord in north eastern Svalbard in Norway. They heard about his many adventures and asked questions about the footage they had watched, learning much about what it is like to be so close to some of the world’s rarest wildlife and how it feels to discover new animal behaviours and film never seen before animal revelations.

At the end of the talk, pupils invited Gordon to become an honorary Clarendon Ranger, presenting him with an official Clarendon Ranger pin badge which he was thrilled to receive.

“We were so grateful to Gordon for taking time from his busy schedule to speak to our pupils and answer the many, many questions the children had for him. He was a delight to welcome to the school and wonderful with the children. It was a very special experience and a wonderful climax for our Junior 2 pupils who graduated the two-year programme this term. A truly inspirational experience for pupils and staff alike!”